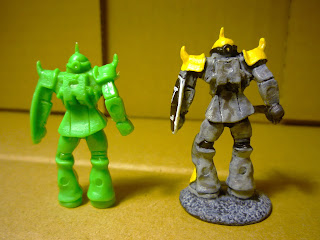 Posted by Kitchen Wolf at 12:14 PM No comments: 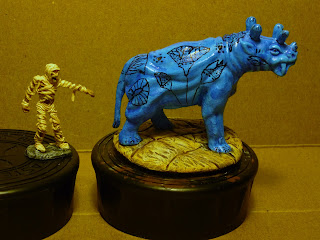 Email ThisBlogThis!Share to TwitterShare to FacebookShare to Pinterest
Labels: Blubber, Exactly what it says on the tin, Navigational Hazards

Whenever a large group of people interact, those with power will inevitably decide that certain individuals are inconvenient.  A time honored solution to this problem is exile to the provinces.  This solution is particularly attractive when it is nigh impossible to return without intervention from the exiling authority (sometimes you want them back).

The Celestial Empire is no different.  Where the Celestial Empire *is* different is that, being at the top of the g-well, they can drop their troubles off literally anywhere on the globe.  Or the moon, for that matter, but that's a whole separate set of anomalies.  You can do the orbital mechanics and such for how long it takes to lob an object upward from somewhere outward/down from the Celestial Palace (roughly 15,000 miles up, give or take a bit) and drop it onto terra firma in the equivalent of Saskatchewan if you like, but let's just assume that they can and that the transit time for a one-way trip is unimportant.  They can then decide if they feel like dropping supplies, reinforcements, etc.  - or not.  The thing about exiling nobles is that they don't go alone.  They have staff and bodyguards and obnoxious political supporters to accomplish whatever nominal task you sent them out for besides "not being here".  So the drop zone can get pretty big depending on the rank of the exile, or be fairly small for someone genuinely unpopular.

What all of this means for folks with a gravity habit is that the Celestial Empire is in the habit of dropping large groups of well-trained, well-armed, absurdly ignorant and incredibly desperate people literally out of the blue.  Have fun with that.
Posted by Kitchen Wolf at 9:32 AM No comments:

Email ThisBlogThis!Share to TwitterShare to FacebookShare to Pinterest
Labels: Beanstalk, It is the grass that suffers, Navigational Hazards

Drop Pods of the Celestial Empire

The bulk of the Celestial Empire is centered on the midpoint of the Beanstalk, at an altitude of roughly 15,000 miles.  Climbing down is analogous to circumnavigating the world on a stairmaster.  Even if you've got the thighs for it, it's really time consuming.  Falling, on the other hand, is relatively low impact (initially, anyway) and a whole lot faster.  In a nutshell, the drop pod is exactly that - a modified hollow seed pod for dropping people and cargo to places farther down the g-well.  Don't ask me how they aim what amounts to a giant dandelion seed, but they seem to be accurate to within a couple hundred yards or so.

Posted by Kitchen Wolf at 4:34 PM No comments:

Email ThisBlogThis!Share to TwitterShare to FacebookShare to Pinterest
Labels: Beanstalk, Exactly what it says on the tin, Navigational Hazards

From my Weird Stuff That Won't Get Played file:

Beanstalk - The climbing vine of any of a large variety of legumes.

This one's both.  It's not exactly natural, but it is alive.  It isn't exactly an elevator as such - more of a bridge.  If you've got the time and inclination, you can walk all the way up the stalk to the counterweight.  This would generally take about three years to get to the main station at the halfway point (14,625 miles or so).  The thing about large foot bridges is that they are seldom unoccupied.  No, not trolls (mostly).  Medieval bridges were lined with shops and houses like any other street, just moderately cleaner (just as easy to chuck the refuse in the river as in the gutter) and often with mills in the stream.  The main stalk is hollow and has a horizontal cross section about 250' across, or about the same area as one of the original World Trade Center towers.  The assorted "floors" vary in height, but are usually less than 30 feet.  There are various types of passageway that allow access between levels - it's a living plant, but was designed by wizards (or someone sentient and a bit off, anyway).  There are also access points to the outside, where leaves the size of small baronies become archipelagos in the sky linked to the main stalk by their tendril.

Email ThisBlogThis!Share to TwitterShare to FacebookShare to Pinterest
Labels: Beanstalk, Fantasy, The affairs of Wizards

The Immortal Heroes of Summat

I bought a bag of 2" "Army Man" knights.  Painting one of each pose as statues leaves me with 30 more for whatever nefarious purpose strikes my fancy.  Mostly attempting to rehabilitate my fine motor skills, truth be told.  I'm not really up to painting 25mm figures again just yet.  Raw Umber damp brushed with Robin's Egg Blue drybrushed with Seafoam Green yields a reasonable facsimile of a patina on bronze. 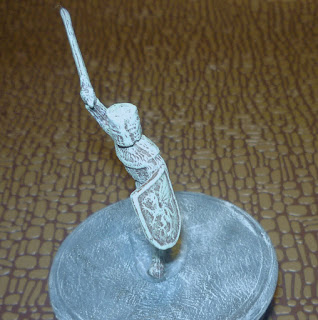 Normally I don't like cast on shield heraldry, but the drybrushing works pretty well with these to bring out the designs.

Posted by Kitchen Wolf at 7:50 PM No comments: